A tree is a finite set of one or more nodes such that -
i)  Root node: It is a specially designated node.
ii) There are remaining n nodes which can be partitioned into disjoint sets A1, A2, A3 ... An where  A2, A3... An are called subtrees of the root. 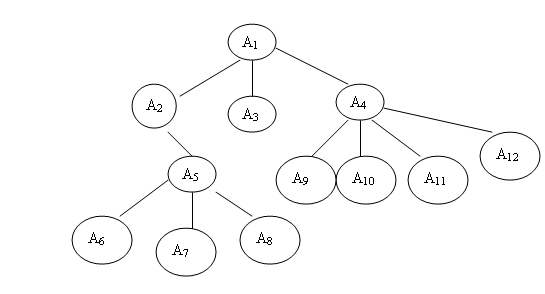 Root is a unique node in the tree to which further subtrees arc attached. For above given tree, node A1 is a root node.

The child nodes in above given tree are marked as shown below.

These are the terminal nodes of the tree.

Fig 5
Level of the tree
The root node is always considered at level zero.
The adjacent nodes to root are supposed to be at level 1 and so on.